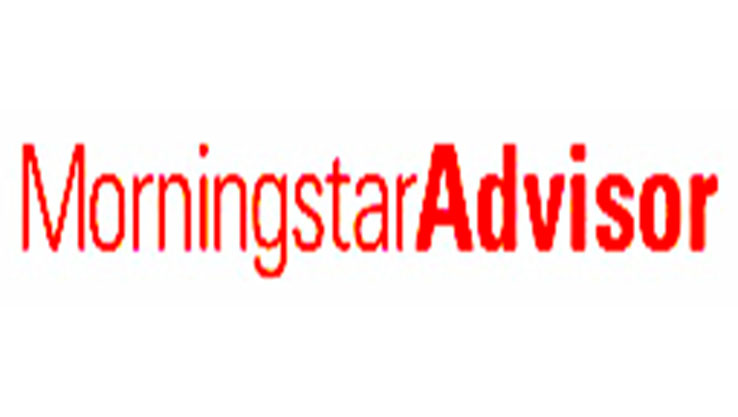 At least once a year, Dominick Paoloni flies to the British Virgin Islands, rents a 50-foot catamaran for a week, and sails the Caribbean Sea. The trips, which tend to coincide with favorable winds, take him to one or two islands a day. The rest of the time is spent watching the sailboat slice through still, glassy waters.

On a few occasions, the seas have not been so kind, catching him in a tropical storm. Paoloni knows what to do on these occasions. “If I’m fighting with a 50-foot mast and there’s lightning coming at me, I sail out of the way and head to shore,” he says.

That was much the same storm the Lakewood, Colo., money manager saw brewing in last year’s market. Extreme volatility was thrashing stocks around, and an investor in a tiny catamaran was unlikely to win such a battle against nature. “In September, I realized I was in the middle of a financial hurricane,” he says about recent financial events. “When all my correlations converged, I got out of the way.”

Paoloni moved his client accounts into a fully defensive position in money-market funds and short- and intermediate-term Treasuries. “I need to see volatility come down before I commit assets to this market again,” he says.

The bulk of his clients, he says, are in their 60s, so losses are particularly devastating to these retirees and pre-retirees. “In bear markets, the game plan is to lose less,” says Paoloni, who, in addition to being a Registered Investment Advisor, is also a Certified Elder Planner and is finishing up his CIMA designation. “When a client loses half his money, he has to make 100% return to get back to break-even.”

Some might call a wholesale move into cash “market-timing” and insist that it is the surest path to financial defeat. After all, rebounds come fast and furious, and it’s almost impossible to pinpoint a market bottom until after the fact. But Paoloni sees it differently. What he is doing, he says, is tactical allocation; he alters an allocation mix as conditions warrant. “As macroeconomic and correlations of assets change, how can you not change your allocations to stay diversified?” he says.

The Bronx, N.Y., native started his financial career in 1983, when he worked for a Wall Street firm, Advest, as a broker. In the early 1990s, he handled stock transactions for clients. And when clients needed money management, he connected them with professionals who could give them that service.

After a few years, Paoloni began to wonder if he might not be able to do as well or better than the money managers he was recommending. “When someone else is managing your clients’ money, you have no control,” he says. “When they screw up, you still suffer.”

He moved back to Colorado because he loved the area when he was an undergrad at the University of Colorado at Boulder. Shortly thereafter, he started his fee-only firm, Investment Protection Service, in 1993.

Being far from Wall Street helped him to view things from a different angle, he says. One assumption that Paoloni is challenging is buy-and-hold investing. Buy-and-hold investors believe that stocks are generally on an uptrend. Severe declines are eventually followed by upticks. The best thing to do is stay the course and even add to positions as stock prices fall.

Paoloni, however, insists that the facts don’t support a buy-and-hold strategy. It can take years–perhaps decades–to break even after a bear market, something his older, wealthy clients don’t have time for, he says. “Buy-and-hold is a great way to go broke,” he says. “If a client gave you $1 million at the beginning of 2008 and you kept the same asset-allocation mix, you were down south of 30% at the end of 2008.”

The Long Bear Ahead

To illustrate his point, Paoloni points to an historic secular bear market. “If you had bought and held the Dow from 1966 to 1982, you would have lost 72% of your buying power in real dollars, adjusted for inflation,” he says. “It would have taken until 1994 just to break even. That’s 28 years of a lot of buying, holding, and hoping.”

If we are currently in a secular bear market that began in 2000, Paoloni reasons, then buy-and-hold investing won’t do investors much good. In fact, it could do a lot more damage.

Paoloni says that too many advisors and investors who have seen devastating losses in 2008 are frozen into a buy-and-hold mentality. He points out how investors fared after the Crash of 1929. “Someone who owned the Dow in 1929 would have seen their portfolios decimated by 48% in two months,” he says. “The market rallied 48% over the next six months only to have the bear market end in the summer of 1932 with an accumulative loss of 89.9%. If investors are down 50% today, they shouldn’t think it couldn’t get a lot worse.”

That’s where sailing is such a useful metaphor. Paoloni isn’t fighting the wind, nor is he going to let the storm take him where it will. Instead, as the winds change, he must adjust the sail to an optimal position to move the boat forward.

“If correlations change and you don’t reallocate your mix, then you lose the benefit of asset allocation, the theory for which Harry Markowitz won the Nobel Prize,” he says.

“I do not consider myself a target return manager,” he says. “I am a target risk manager.” To manage this component of a client’s portfolio, Paoloni focuses on value at risk, a method of calculating probable portfolio losses by looking at historical volatility. By adjusting the portfolio to maintain a target standard deviation, Paoloni believes he can limit portfolio downside.

“I run my models based on daily regressions, not monthly,” he says. “This will pick up current correlation shifts, which gives me a better current diversified model.” He makes minor changes to Morningstar EnCorr to run his regressions with daily data. But he doesn’t stop there. Paoloni describes his approach as “holistic.” “I believe that the more data points one can obtain, the more predictable and accurate the models will be,” he says.

Paoloni believes that all systems have flaws, so he looks at a confluence of methods to overweight or underweight within his optimized mix.

“By bringing together dynamic correlation, target risk construction, fundamental and technical analysis, as well as mean reversion and historical market cycles,” he says, “I believe we can build models that withstand times like now and give us a more consistent glide path to our clients’ goals.”

Paoloni doesn’t consider himself a well-seasoned sailor on the ocean, but with his three model portfolios down only 7.28%, 11.57%, and 16.15% in 2008, it looks like smooth sailing for his clients going forward.