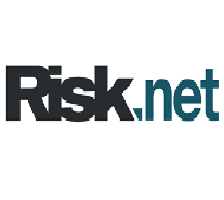 “It was too good to be true. I couldn’t sell them quick enough,” Dominick Paoloni of IPS Strategic Capital says as he remembers some of the first indexed annuities, which were rolled out by the Sun Life insurance company in 1996. The Denver-based financial adviser is now fond of saying most annuities are not worth the paper they are printed on, but those early products, which allowed holders to link their investments to equity markets for the first time while protecting them from downside risk, were a revelation, Paoloni says.

Indexed annuities were originally marketed as tools for institutions such as municipalities to swap market risk for credit risk, he says (see box). By using an index, the insurance company could pay out a little more interest than a traditional annuity – and the only risk borne by investors was that the insurer would be unable to meet its obligations under the contract. The insurance company assumed all the risk that markets would turn.

Some of the earliest indexed annuities did in fact turn out to be too good to be true, with insurers losing millions from mispricing them.
But insurers have recently struck gold again with indexed annuities, along with a new species of variable annuity that is increasingly starting to resemble a structured product in terms of payoff. As terms improve and fees shrink, a well-oiled distribution base in the US is pushing index-linked and variable annuities to record-smashing sales.

Just how much? Last year, sales stood at $38.6 billion – 13.4% more than 2012 – according to consultancy Wink, Inc, as the products just completed their fifth consecutive year of record sales. Of interest to the structured products community is the fact some of these annuities are borrowing directly from the structured products playbook, with features such as buffers and baskets. In the process, they are demonstrating ‘structured’ features have appeal beyond notes and certificates of deposit (CDs). Some banks are clamouring to get a piece of the $221 billion annuity market.

Axa Equitable was the first to roll out a ‘structured note annuity’ in 2010, with its suite of Structured Capital Strategies variable annuities (VAs). The product has inspired copycat iterations from MetLife and Allianz and acquired $4 billion in assets under management (AUM) along the way. “We learned in focus groups that clients were looking for some type of downside protection investing in equities,” says Steve Mabry, lead director in individual annuities at Axa in New York. “We came up with putting the structured note concept in a VA chassis to get the best of both worlds.”

The Structured Capital Strategies VA offers features strikingly similar to those of a structured product. Purchasers have the option to tie their return to one of eight different market indexes – including US, global and emerging markets stocks, real estate investment trusts, gold and oil. The products are available for three durations, ranging from one year to five years, with the choice of three downside buffers – from 10% to 30%. It is the buffers – prohibited in fixed annuities, which by definition must be principal-protected – that bring this product in the same league as capital-at-risk structured products.

According to an Axa marketing document dated April 15, caps on the products can range from 2.3% for the one-year exposure to gold, to uncapped for the one-year exposure to oil. The one-, three- and five-year caps for the S&P 500 are 4.3%, 16% and 38%, respectively. During the first five years of the contract, there is a surrender charge of between 3-5%. Fees, including a “contract fee” (0.65-1.65%) and portfolio operating expenses (0.62-0.72%), apply. “We anticipate clients holding on to it for at least three to five years,” says Mabry, noting that withdrawals made by a holder prior to reaching the age of 59 years and six months are subject to a tax penalty.

Mabry sees a number of advantages the products have over traditional structured notes. “With structured notes, at the end of each [term] you have to make a choice, but we’re offering a packaged product. Each month, we offer the same choices, with the same structure. Unlike structured note issuers, we have to hold a reserve [under insurance laws], so there is less counterparty risk than you would see with a structured note. In case of a Lehman incident, there’s an additional level of protection.”

While structured note annuities are still new and niche enough to have largely evaded the attentions of securities regulators, Joe Halpern, chief executive of Exceed Investments in New York, says insurance companies have also done a good job of sticking to the basics. The Axa product, for example, features only name-brand indexes with highly liquid options markets, and uses relatively straightforward crediting methods to generate returns. “Some of the issues the structured note industry has run into in the past have been with putting out complex products and potentially having them mis-sold,” says Halpern. “On the insurance side, I think they’ve done a pretty clean job of it.”

Axa’s Mabry says although the insurer has no plans to use smart beta indexes because of their lack of name recognition and the illiquidity of their options, the firm is looking to potentially add leverage to its Structured Capital Strategies VAs. With leverage, the products would be practically indistinguishable from buffered return enhanced notes, one of the most popular structured products available.

The steep rise in indexed annuity sales over the past five years has placed the product squarely on the Financial Industry Regulatory Authority’s (Finra) radar. The regulator is reportedly examining brokers’ practice of moving client assets from variable into fixed indexed annuities, which may be happening against clients’ best interests.

Aside from the regulatory attention, indexed annuities have had a chequered past. Paoloni says at around the turn of the century, the products started to leave behind their early promise and take a turn for the worst. “What started to happen with indexed annuities was that the value proposition started to disappear,” he says.

Indexed annuities “were overcompensating agents and under-delivering for clients”, agrees Dan Scharlach, a financial adviser with Innovative Wealth Partners in Angola, Indiana. “Most sellers were doing it for no reason other than to earn commission.”

Paoloni also started noticing a surreptitious change creeping in. Insurance companies started giving themselves the right to change participation rates and caps every year. “It’s analogous to me signing a 10-year lease for my office, but the owner of the building says he can change my rent every year,” says Paoloni. “Hold on a second – you’re going to lock me up for 10 years and change the rules every year?”

Fast-forward 15 years, and the top-selling indexed annuity in Q4 2013, Allianz Life’s Allianz 360 annuity, is a world away from these early iterations. The 100% participation rate is guaranteed for the life of the contract. Not only that, but the products add a 50% bonus to any interest earned. They also allow holders to link to four different indexes, or a blend of indexes, using several different crediting strategies.

According to Scharlach, things have changed vastly for the better. “Commissions to salespeople and fees have come down, and indexing options have improved, he says. Twenty indexed annuity carriers now offer bond or equity indexes beyond the S&P 500, according to Wink, Inc. Uncapped crediting methods and shorter surrender charge durations are two of the key trends for fixed and indexed annuities, says Sheryl Moore, chief executive officer of Wink, Inc.

Perhaps because their growth is far outpacing variable annuities, fixed index annuities is where banks have focused their energies. Barclays has emerged as an early leader, having licensed its US Dynamic Balance index to annuities from Allianz and the Armour II Gross USD 7% index to life insurance company Forethought. All told, Barclays supplied indexes to 11.2% of the indexed annuities sold in the fourth quarter of 2013, according to Wink, Inc. “It’s a big opportunity and a big market,” says Jorge Chancay, New York-based vice president at Barclays. JP Morgan is also reportedly active in indexed annuities, though it declined to comment for this article.

Societe Generale is another trying to sell its in-house indexing expertise to insurers with indexed annuity product lines. Several providers “are ready to move” with annuities linked to unbranded versions of the bank’s volatility-control indexes, according to Olivier Daguet, head of financial engineering, cross asset solutions at Societe Generale in New York. The bank is trying to convince carriers to move beyond the typically vanilla index offerings. “With the volatility target mechanism, the carrier can budget the cost of providing the premium with a high degree of confidence,” says Daguet. “It’s much safer to hedge than some of the VA products because risk managers at the firm can better anticipate the price and efficiency of their hedge. For investors, their products won’t change over time.”

The main hurdle is convincing brokers and insurance agents to get comfortable selling these next generation products, says Daguet.

Annuity providers have a powerful weapon in the fight against other financial products: an enviable bond with broker-dealers and advisers. “A lot of the broker-dealers began as annuity salesmen,” says a head of equity derivatives at a New York bank. “They feel comfortable [with these products].” Indeed, both Paoloni and Scharlach sold annuities earlier in their careers, Scharlach leaving an insurance-based broker-dealer to start his own firm in 2013. Although commissions to sellers may have been reduced, they still dwarf those offered for sales of structured notes and CDs. Paoloni puts them at anywhere between 7% and 12%, while the head of equity derivatives at a New York bank says the rate is 6-7%.

In all likelihood, banks such as Barclays and Societe Generale have simply read the writing on the wall. “It’s the way the world is moving – banks don’t have much of a choice,” says Exceed Investments’ Halpern, of the move by insurers into structured solutions.

The history of annuities can be traced back to ancient Roman times, when soldiers would make a one-time payment in exchange for the opportunity to receive annual payments for the rest of their lives, according to the National Association for Fixed Annuities.

Today, the US Securities and Exchange Commission (SEC) recognises three types of annuities: fixed, indexed, and variable. Each offers tax-deferred earnings growth, which means taxes are not paid until the owner withdraws some or all of their money. When withdrawals are made, gains are taxed at ordinary income rates, and not at capital gains rates. If money is withdrawn early from an annuity, the holder may be liable for substantial surrender charges to the insurance company, as well as tax penalties.