The Best Looking Horse in the Glue Factory

“The Democrats will print money wildly causing the dollar to crash, causing hyper-inflation which will put the market into a tailspin not seen since 1922”. This mantra is being spun by the mainstream media. Since the election, I have gotten a number of calls from clients concerned about the echoes of a 1922 Weimar Germany happening in the U.S.   This is everyone’s favorite hyperinflation proxy because it happened in a developed economy and people ended up pushing around wheel barrels full of worthless cash.

The Price of Peace a book covering the 1922 German monetary collapse explains their war debts and the payoff reparations for World War I, Germany was actively pursuing double-digit inflation, to reduce the cost of their debt, but it didn’t work.

“For a while, the inflationist strategy seemed to work. Though prices rose fortyfold over the course of 1922, wages generally kept pace, and in sharp contrast to the situation in Britain, jobs were not hard to find. But in November 1922, the German government failed to make a reparations payment to France, and on January 11, 1923, the new conservative French prime minister, Raymond Poincare, ordered an invasion of the Ruhr Valley.  It was a simple profit calculation. Control of the Ruhr coal mines, he believed, would more than compensate France for the costs of military occupation. The French occupation sparked a swift and terrible reaction in currency markets. International confidence in the mark collapsed.

The key term here is confidence. In-light-of-the massive war debt Germany had to pay to the allies the global monetary system lost confidence in the German mark. We have seen throughout history failed states like Argentina, Venezuela, the Soviet Union, etc., experience out of control inflation and strong devaluation of the currency.

The Best-Looking Horse in the Glue Factory 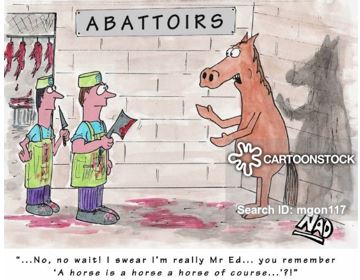 The second issue is the volume of money that the Federal Reserve is putting into the economy. The US economy’s Debt to GDP exploded past the World War II historical levels to hit a high of approximately 137% as the fed and congress flooded the market with dollars to battle the Covid-19 pandemic. 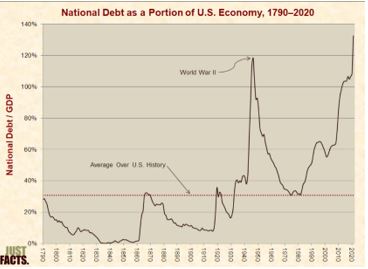 These levels of debt are alarming until you examine the debt levels of Japan which sits at over 256% debt to GDP.  Japan doesn’t have runaway inflation and its currency is one of the strongest in the world.

The Question that must be asked is, if the global economy loses confidence in the US economy i.e. the S&P 500 (the strongest economic engine on the planet), where will money flow? China, a totalitarian state, no. Russia, which has an economy similar to Connecticut, I think not.  The European Union with its problems with Brexit, not happening.

The Global Money masters are going to put their money where it’s the safest, the US dollar.  The US dollar is backed by the full faith and obligation of the United States of America including but not limited to its military power, the Petrodollar (a majority of Oil is still priced in dollars), and an economic engine that you would not want to step infront of.

The US Dollar is still the global reserve currency and although debt levels are of concern, every time there has been global crisis money has flowed into US Dollars making it the best-looking horse in the glue factory.

Dominick Paoloni, CIMA is a member of the OIC Advisory Council and the TD Ameritrade Trading Panel. Mr. Paoloni guides future professionals as an Adjunct Professor at the University of Denver and the University of Colorado. He is a published author and is frequently quoted in financial journals and can be reached at dominick@investps.com

DISCLAIMER: The information on this website should not be misconstrued as an offer to buy or sell, or a solicitation to buy or sell securities. With any investment, past performance is not necessarily indicative of future performance.